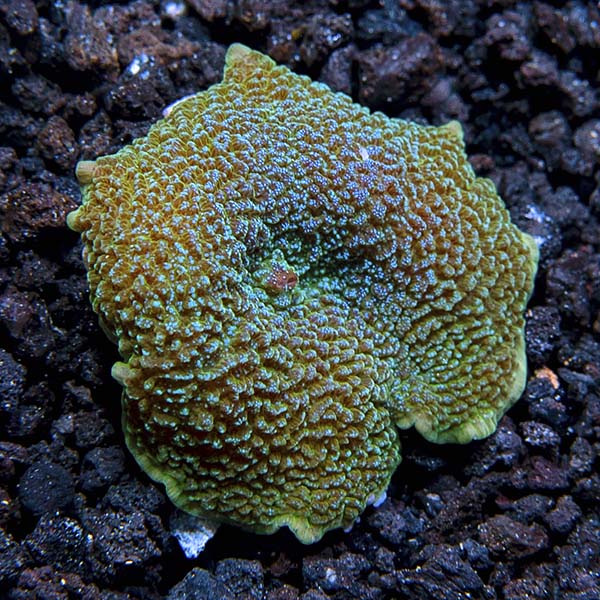 The symbiotic algae zooxanthellae hosted within the ORA® Elephant Ear Mushroom coral satisfies the majority of its nutritional requirements from the light driven process of photosynthesis. The ORA® Elephant Ear Mushroom coral also feeds on other nutrients and particulate matter and benefits from additional food in the form of micro-plankton or brine shrimp fed to each polyp of the colony.