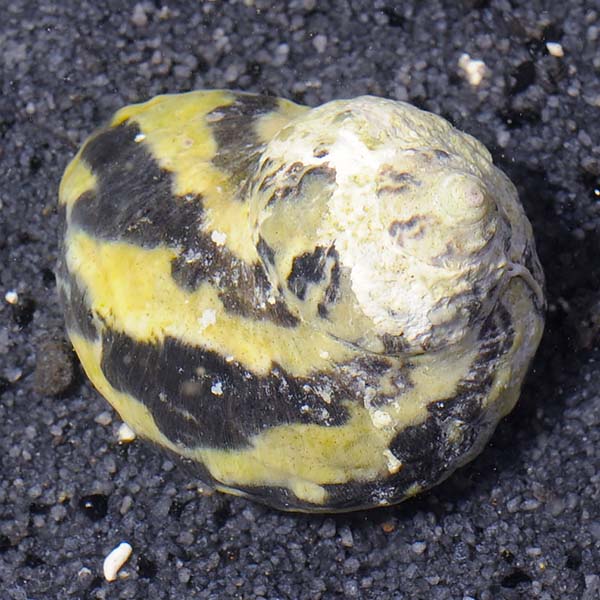 When algae levels are insufficient, supplement their diet with dried seaweed. Keep in mind, that proper calcium levels must be maintained as members of the Turbinidae family use calcium to build their shells. Like many other invertebrates, the Zebra Striped Turbo Snail is also very sensitive to copper-based medications and high nitrate levels.

Write a Testimonial | Ask Customer Service
Jordan Boos Huron , OH
It is hilarious to watch it lick the glass clean - it has a very big tongue. It is always sliming up my pulsing zenias though and they don't seem to like it.
1-1 of 1 testimonials