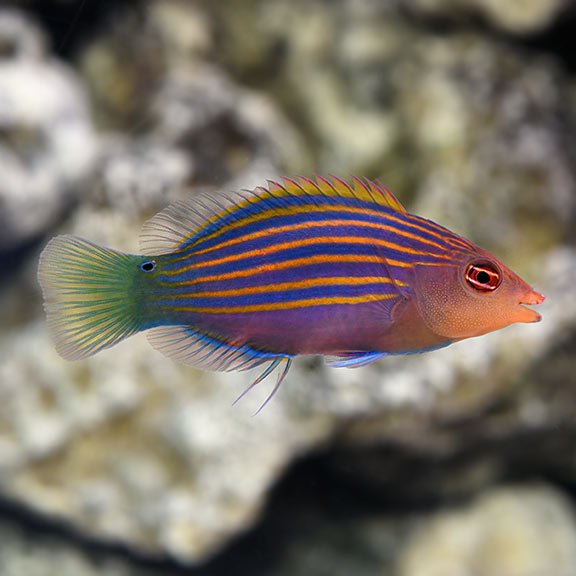 SAVE 50%!
The Six Line Wrasse is also referred to as the Sixline Wrasse or Sixstripe Wrasse. It has six, horizontal distinctive blue lines lying against an orange background. When courting, the male will display an increased color intensity.

It requires a 30 gallon or larger aquarium with a generous supply of hiding places and live rock in which to forage for food. It may act aggressively towards peaceful Wrasses and other fish that are easily intimidated.

It will search for live foods in the form of small crustaceans such as pyramidellid snails (clam parasites), urchins, and commensal flatworms. Six Line Wrasse are also known to feed on unwanted pests on live rock, such as bristleworms.

When first introduced into the aquarium, live saltwater feeder shrimp should be used to entice this fish to eat. The diet should consist of finely chopped meaty foods and occasionally vitamin-enriched frozen preparations.