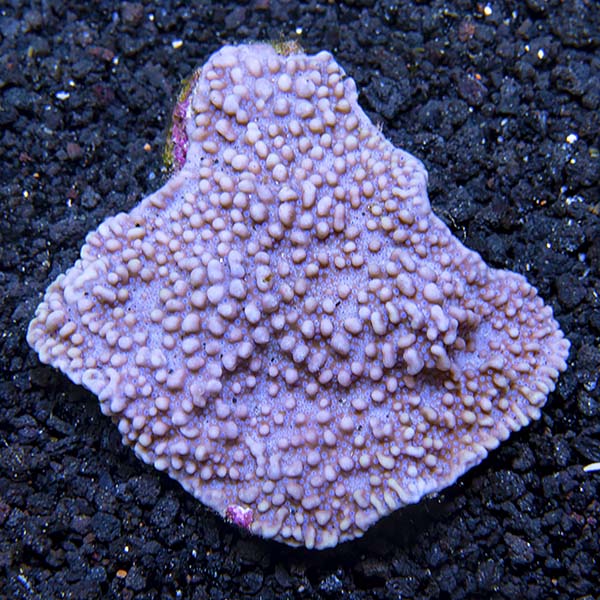 The Montipora Coral, Dimpled Encrusting is a small polyp stony (SPS) coral also referred to as Rice Coral. This encrusting, massive, and highly-prized Montipora verrucosa has extremely large bumps or verrucae like tapioca. As it grows, it expands into a textured, vivid blue carpet enhancing your home reef aquarium.

The Montipora Coral, Dimpled Encrusting is peaceful and can be placed in close proximity to other similar peaceful corals in the reef aquarium. It is moderately difficult to maintain and should be housed in a mature reef aquarium. It will require medium lighting combined with a medium intermittent water movement within the aquarium. For continued good health, it will also require the addition of calcium, strontium, and other trace elements to the water.

Montipora verrucosa will thrive in a variety of lighting conditions, ranging from power compacts, VHO, T-5's up to the more intense metal halides. Alter their position in the aquarium depending on the lighting, and provide at least 3 watts per gallon using one of the lighting systems mentioned above.