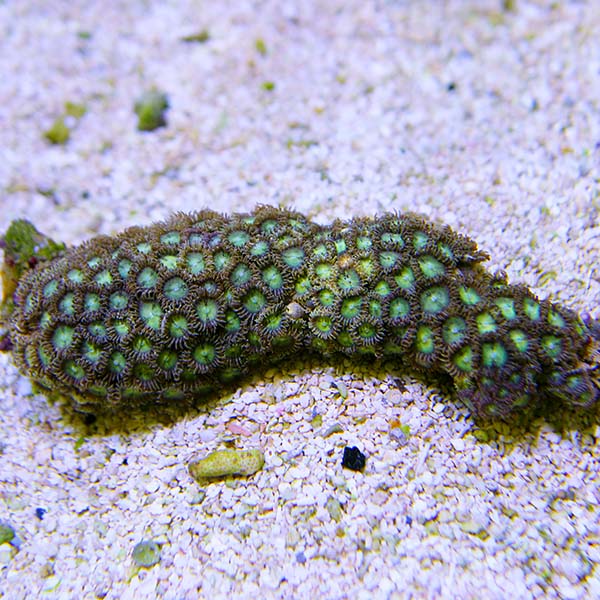 Energize your reef aquariums with a "POP" of brilliant color. These ultra-colored zoa add a dynamic combination of complementary colors to wake up lack-luster setups with stimulating color and texture. The Ultra Colored Colony Polyp is a prized coral specimen for serious Zoanthid collector and budding reef aquarium enthusiast alike. Over time, an established colony of Ultra Colored Colony Polyp will create a living carpet of color for an exceptional display.