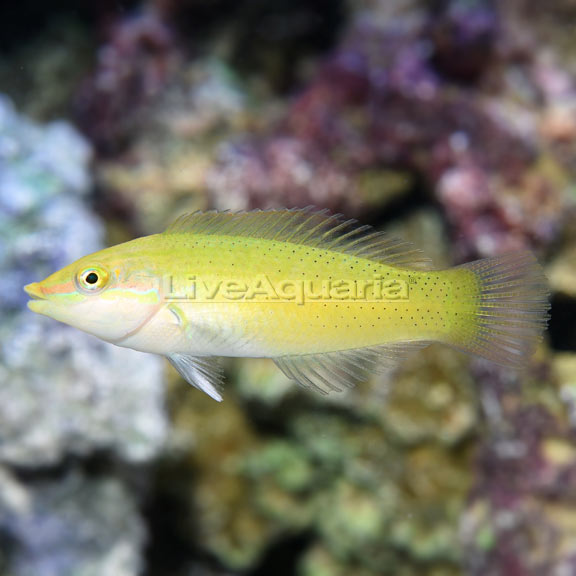 The ideal setup for the Green Wrasse will be a well-established saltwater aquarium of at least 75 gallons in size with a tight-fitting lid. Aquascape liberally with live rock, providing ample nooks and crannies for your Green Wrasse to explore, seek refuge, or forage for food. Be sure to include a large area of open substrate as well as open spaces for swimming. A sandy substrate layer 2-3 inches in depth is essential to provide shelter for the Green Wrasse as it burrows into the sand for the evening or when frightened. House the Green Wrasse with other peaceful wrasses, including members of its own species.

In the home aquarium, the diet of the Green Wrasse should consist of a diverse variety of food items including vitamin-enriched frozen mysis shrimp, vitamin-enriched frozen brine shrimp, and other meaty foods along with high-quality marine flakes and marine pellet foods. The Green Wrasse will benefit from frequent small feedings throughout the day.

Write a Testimonial | Ask Customer Service
Phil Brower Montague , MI
I have had a green wrasse for about 4 years in a 180 gal reef tank. He is beautiful pastel green, very inquisitive checking the live rock. He doesn’t bother crabs, shrimp or snails.
1-1 of 1 testimonials