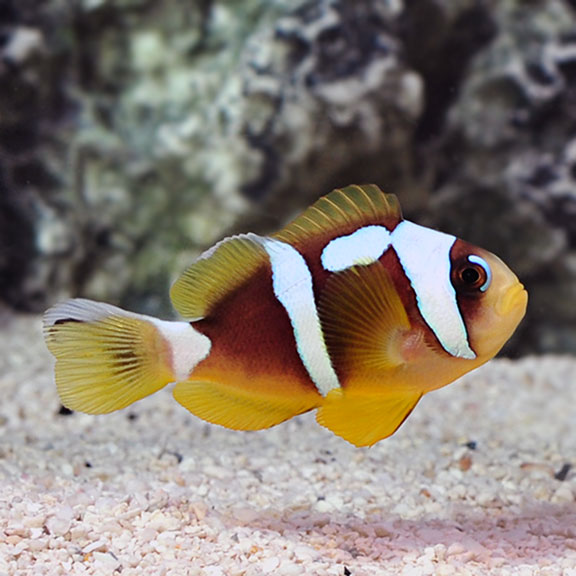 The Captive-Bred Spotcinctus Clownfish, is one of most eccentric clownfish offered. It is also known as the Red Sea Anemonefish and is a very popular variation of the Red Sea Two Band clownfish that has spots of white in between its stripes. The Captive-Bred Clownfish have a unique advantage over wild-harvested species. Captive-Bred Clownfish are very hardy and more accustomed to conditions found in home aquariums. Therefore, it makes a great choice for novices and seasoned aquarists alike.

The Spotcinctus Clownfish is one of the liveliest of the clowns that brings both activity and character to any saltwater aquarium. A 30-gallon or larger aquarium containing an anemone of any type is desirable. It is semi-aggressive towards other Clownfish, Damsels and passive tank mates. For this reason, it is best to introduce these fish last to the aquarium.