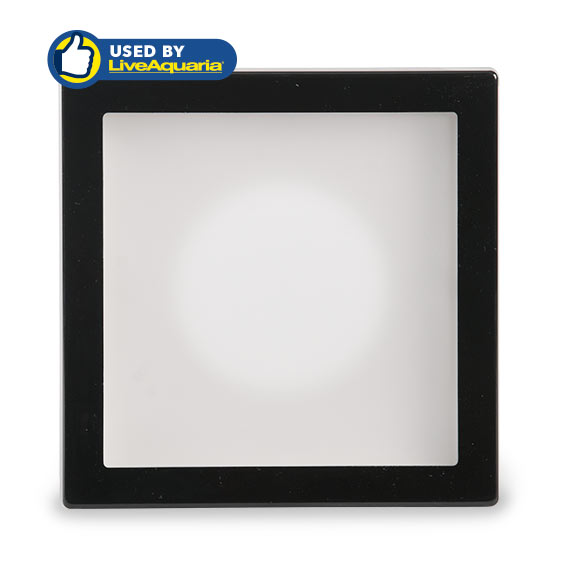 The Radion diffuser, designed for use with the EcoTech XR30 Radion Lights, utilizes an engineered diffuser material with an optimized airspace. The result is enhanced color mixing and more uniform caustics. Working with the existing optics equipped on the Radion fixtures, the diffuser offers a more pleasing light appearance with only a marginal reduction in PAR. PAR tests have shown that even though the overall peak PAR numbers will decrease, the lower light areas will actually receive more light from a diffused source. The overall light loss is around 25%, and since a majority of Radion users do not use even 80% of the available lighting output, the PAR loss can be combated by increasing the overall power delivered to the LEDs.

Diffusing your LED lights greatly helps blend the overall spectrum into one cohesive light source. Evenly spread light that is important for coral health and growth.

LED lights are known for producing a lot of shimmer -- also known as the "disco-ball effect" -- and the Ecotech Radion Diffuser directly attacks this problem head-on, with the overall goal being to mimic the natural sunlight.

Acclimating your Corals to LED Lights > Which Aquarium Is Right for Me? > Aquarium Essentials Overview > How to Choose the Right Aquarium >