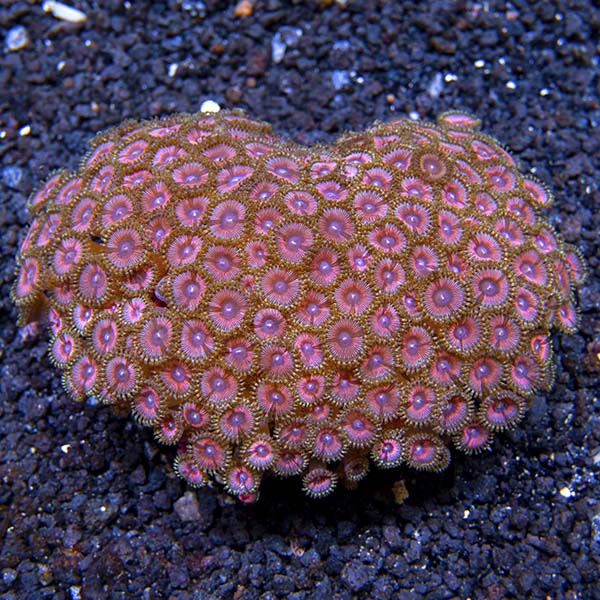 The Zoanthus Colony Polyp Corals are also referred to as Sea Mats, or Colonial Polyps. Their most common color is green, but are also found in other colors, such as light pink to lavender. They are colonial animals with multiple individual polyps attached to a piece of live rock.

These polyps have the ability to sting other polyps or corals. While the sting is not strong, they are semi-aggressive and need to have space between their colony and any neighbors since they tend to crowd them out. They are easy to maintain, making them a good choice for beginner reef aquarists. They require a high light level combined with a medium water movement within the aquarium. For continued good health, they will also require the addition of iodine and other trace elements to the water.

They will reproduce easily in the reef aquarium by budding (splitting off a portion of their base or mouth), which will increase the size of their colony.

They contain the symbiotic algae zooxanthellae which provide almost all of their nutritional requirements. Especially if the lighting is not optimal, they should be fed micro-plankton or baby brine shrimp.