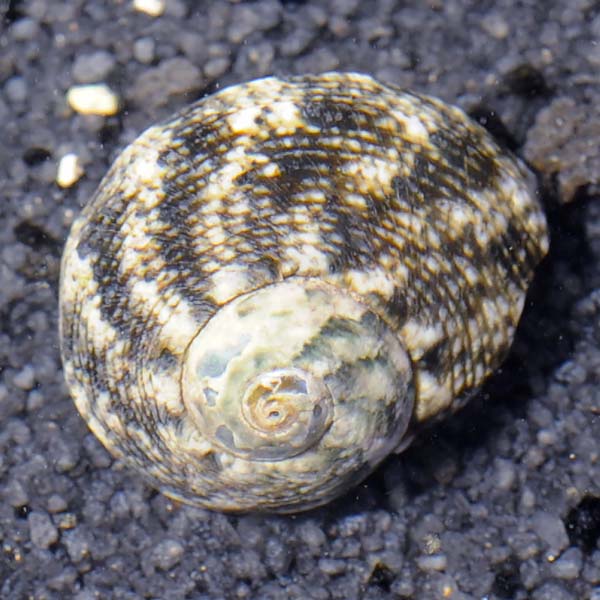 Naturally occurring in Fiji and Indonesia, Cats Eye Turbo Snails are often found among the structures of the reefs. In the home aquarium, the Cats Eye Turbo Snail prefers ample hiding places and large amounts of room to graze, preferably amongst live rock. They will also feed on the algae covering aquarium glass.

When algae levels are insufficient, supplement their diet with dried seaweed. Keep in mind, that proper calcium levels must be maintained as members of the Turbinidae family use calcium to build their shells. Like many other invertebrates, the Cats Eye Turbo Snail is also very sensitive to copper-based medications and high nitrate levels.